A defence witness, Mr. Anthony Okeke, in the ongoing trial of the National Publicity Secretary of the Peoples Democratic Party, Mr. Olisa Metuh, told a Federal High Court in Abuja that former President Goodluck Jonathan’s image was battered by the then opposition All Progressives Congress’ “smear campaign”. 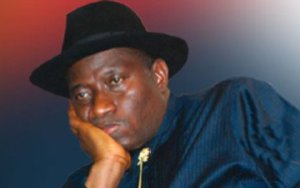 Okeke is a lawyer and a former Acting National Publicity Secretary of the PDP, who handed over to Metuh in September 2013.

He said the opposition party’s campaign dealt a great blow to Jonathan’s image so much that a number of consultants was needed to change public perception about the former President ahead of the 2015 presidential election.

The witness who was the fourth called by Metuh since he opened his defence, said the opposition “cleverly” tagged Jonathan as an ineffective and unserious president.

He added that it was not surprising for him to learn that the sum of N400m was authorised by the then President for the countering of the opposition’s campaign.

The Economic and Financial Crimes Commission is prosecuting Metuh and his company, Destra Investments Limited, on charges including fraudulent collection of N400m from the Office of the National Security Adviser in November 2014 and using same for PDP’s presidential campaign.

Metuh and Destra Investments Limited are also being tried on charges of money laundering involving alleged cash transaction of $2m.

Okeke, who was led in evidence by Metuh’ lawyer, Onyechi Kpeazu (SAN), and later cross-examined by Destra’s lawyer, Tochukwu Nwugbufor (SAN), said in his evidence on Monday that Jonathan’s image had a lot of issue that needed to be clarified.

The witness said, “I was not surprised the that the President promised to bring money for the election. Like I said before, at a time before the national convention, the then President, being the presumptive nominee of the party, would ordinarily do everything within his power to launder both him personal image, image of his government, and the image of his party because at that time, elections were less than three months away.

“The opposition at the time had mounted a massive smear campaign against the President. They cleverly tagged him clueless and went to town giving the impression that he was an ineffective and unserious President.

That smear campaign needed to be countered. The party needed a lot of consultants and media outfits counter it.

“I will agree that there was an improvement on the image of the president. It will be difficult for me to estimate it, but some works were done.”

Under cross-examination by Nwugbufor, witness said no fund was passed to him when he took the office of acting National Publicity Secretary of the party on June 20, 2013 and did not pass any to Metuh by the time he (Okeke) handed over to Metuh in September of the same year.

The witness described Metuh as a man who had “an unrivalled passion for his job”.

He said Metuh “was so determined to make a success in his job as the National Publicity Secretary of the party.”

He added, “To the best of my knowledge, the first defendant is a principled person with very high integrity.

“I think his commitment to his job led to his present condition.”

The defence counsel, Mr. Sylvanus ‎Tahir, did not cross-examine the witness.

After O‎keke was discharged from the witness box, the defence called the fifth witness, Mr. Richard Ihediwa.

Ihediwa a journalist, was narrating how he was appointed by Metuh as his (Metuh’s) Special Assistant in January 2013, before the judge suspended his testimony to hear an application by the PDP spokesperson seeking the court’s order permitting him to travel to the United Kongdom on health grounds.

According to reports, the African Development Bank’s board has approved a $600 million loan for Nigeria on Wednesday aimed at helping the nation to address its budget deficit, a senior bank official said. The loan […]

Rare Chinese Vase Used As Door-Stop Auctioned For £650,000 In Derby

An 18th Century Chinese vase that was used as a door-stop at a house by a Birmingham family has been sold for £650,000 at auction. Hansons believe the vase was made during the reign of […]

A mother has left her family with untold joy after giving birth to her daughter’s daughter with the help of medical science. A mother has brought smiles to the face of her daughter by giving […]