Otunba Gbenga Daniel, Former governor of Ogun State, Sunday declared that he has no pending case with the Independent Corrupt Practices and other related offences Commission (ICPC). 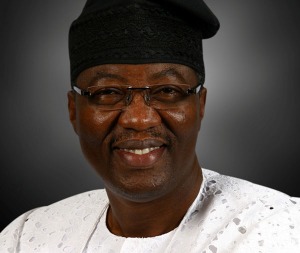 He described as false reports that there is a pending corruption case against him at the anti-graft commission. A national newspaper reported, last week, that the Attorney-General of the Federation and Minister of Justice, Mr Abubakar Malami, had written to the ICPC Chairman, directing the reopening of corruption cases of 31 former governors.

In the letter, Malami was quoted as saying that: “It is clear that some of these governors and other politically-exposed persons have not been charged to court, despite the fact that the ICPC has concluded their investigations, concerning allegations levelled against them, for one reason or the other.

“It is the position of the present administration that all ex-governors, who the ICPC had long concluded investigations into the various allegations levelled against them, should be immediately prosecuted.”

‎However, Daniel defended his innocence over the allegation, saying the inclusion of his name must have been a “mistake somewhere.”

According to reports, the Minister of Information and Culture, Alhaji Lai Mohammed, has disclosed that the real amount misappropriated in the arms purchase is $15 billion. Speaking at a town hall meeting organised by the […]

For allegedly biting off a police officer’s skin, a 50-year-old man, Totoola Adetunji, was on Monday arraigned at an Igbosere Magistrates’ Court, Lagos. Adetunji, whose address was not given, is facing trial on a four-count […]

According to reports, the Economic and Financial Crimes Commission (EFCC) has uncovered yet another bogus financial transaction by Justice Rita Ngozi Ofili-Ajumogobia after investigations showed she wired N18 million into a foreign account. Investigation showed […]