A former Chairman of the Economic and Financial Crimes Commission, Mallam Nuhu Ribadu, has said that for the war against corruption to succeed, Nigerians must stop celebrating criminals. 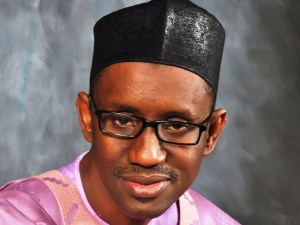 Ribadu, who gave the advice at the 2016 conference of the Nigerian Institute of Management in Abuja on Monday, also said that security votes should be abolished.

According to him, leadership is essential for the anti-graft war to succeed. He said that leadership at all levels should provide the needed example.

He also said that all government expenditures should be budgeted, adding that extra-budgetary spending should be criminalised and “security votes should be completely phased out.”

He stated, “Honesty has to be lifted to the position of a prized and rewarding national value. Criminals should not be celebrated as heroes on account of their wealth.”

According to reports, the Federal High Court in Lagos has heard how a former Senior Special Assistant to ex-President Goodluck Jonathan on Domestic Affairs, Dr Waripamo-Owei Dudafa, allegedly laundered about N5.1billion for the former president’s […]

President of the Arewa Youth Consultative Forum (AYCF),  Alhaji ShettimaYerima, has lambasted Northern leaders, saying there have not helped their people to come out from abject poverty ravaging the region. Yerima also accused northerners of […]