The president of Pan African Paediatric, Surgical Association (PAPSA), Prof. Essam Elhalaby, said Nigeria has over a 100 fully trained paediatric surgeons, making her the second largest in the continent after Egypt. 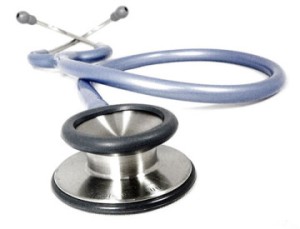 Elhalaby, at the pre conference workshop of the association, said trained paediatric surgeons in the country have a long experience in the field, which would be useful at the conference to proffer solutions to the numerous challenges.

Elhalaby, a professor of paediatric surgery at the Tanta University in Egypt noted that in spite of the high number of these children surgeons in the country, most of them are not practicing in Nigeria, rather in countries like United Kingdom (U.K), or in the Middle East.

He regretted that this has left a gap in the country’s paediatric surgery field because the few remaining ones are not enough to meet the country’s population.

The PAPSA president identified the continent’s economic problems as a causal factor for the fleeing of so many of African surgeons, because they are well paid for their expertise and also recognized outside the continent.

The conference, which is holding in Nigeria for the first time, he said would pinpoint the needs of the available trainees in all African countries as well as proffer non conventional solutions in the field of paediatric surgery.

Elhalaby highlighted some of the major challenges of the specialty peculiar to Africa as lack of manpower and facilities, Non availability of paediatric nurses and anaestisiologists, delayed diagnoses and late reporting and transport challenge in some remote areas.

He lamented that more than 12 countries in Africa do not have even a single paediatric surgeons; hence surgeon in other field handles paediatric surgeries, which is not the best.

Addressing the conference’s theme, “ Total Surgical Health For The African Child,” he noted, “ African children should not be deprived of safe and quality healthcare like their counterparts in the western world.”

Similarly, the Chief Medical Director, Lagos University Teaching Hospital (LUTH), Prof. Chris Bode, remarked that the trial with child healthcare in the continent is multiple as most of them are denied access to interventional surgeries by their ignorant parents.

Bode, a consultant paediatric surgeon, rhetorically asked if children should pay for surgery and healthcare in the country whereas childcare is free from zero to 14 years in some counties. “No child should die or suffer because they cannot access healthcare or surgery care,” he added.

As a professor of paediatric surgery, Bode pointed out that the problem of financing child and aged healthcare in the country could be tackled and sustained with innovative policies.

He advanced, “if the national health insurance scheme which presently does not cover up to 10 per cent of Nigeria’s total population is extended innovatively, it would take care of children and surgery.”

The LUTH CMD maintained if the primary and secondary healthcare systems are strengthen, lots of preventable diseases including surgical conditions would cost less and the tertiary would focus on the complex conditions which they truly known for.

“Healthcare is something people seek when they need, so it should be affordable, available and accessible to children especially because they are the future. This country should be able to finance free childcare if we reorganize and reorder our priorities,” he appealed.

Buhari’s men await next move from Saraki, Tambuwal, others

Strategists of President Muhammadu Buhari are awaiting the next line of action from leaders of the defunct New Peoples Democratic Party (nPDP), following an ultimatum the latter issued to the leadership of the All Progressives […]

According to Facebook user, Gwen Divy Ifeson, the young man pictured above was allegedly caught stealing a generator in Sapele, Delta state, and was taught a severe lesson by an angry mob who beat and […]