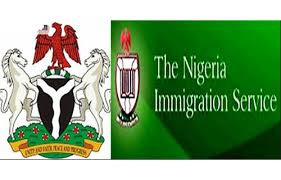 Mr. Oche who stated this in an interview with the News Agency of Nigeria (NAN) in Yenagoa said that NIS headquarters in Abuja had given directive to all the commands across the federation to this effect.

He said that the computer-based test would enhance the promotion process as candidates would get their results immediately after the examination as well as reduce human errors and interference.

According to him, the mode of examination would compel the officials to constantly update their skills on the Information and Communications Technologies (ICTs) application.

The comptroller urged the officials of the command that were eligible for next year’s promotion examination to start preparing for the exercise.

Oche told NAN that the command had set aside a day every week for a seminar to enable the officials to update their professional knowledge in the service.

“The immigration service had been employing ICT in its daily services including processing payment for the passports. Therefore we do not envisage any challenge during the examination.

“The Nigerian passport is an e-passport. All the processes from payment to data capture and production are computer-based,” Oche told NAN.

He said that the promotion in the service was a motivational tool to enhance productivity, adding that the command on Dec. 10 decorated 21 newly promoted officers.

Governor Abiola Ajimobi of Oyo State on Wednesday has appointed Very Rev. Ademola Moradeyo, as the new Chairman of the State Pilgrims Welfare Board, Christian Wing. Mr Yomi Layinka, the Special Adviser to the Governor […]

According to reports, the Executive Vice Chairman of the Nigerian Communications Commission, NCC, Prof. Umar Garba Danbatta has stated that from tomorrow, 20th July, telecommunications service providers must activate a “Do Not Disturb facility” for […]