Israel on Wednesday blamed Palestinian pressure for Argentina’s cancellation of its World Cup warmup against Israel, a match that had been set for contested Jerusalem. 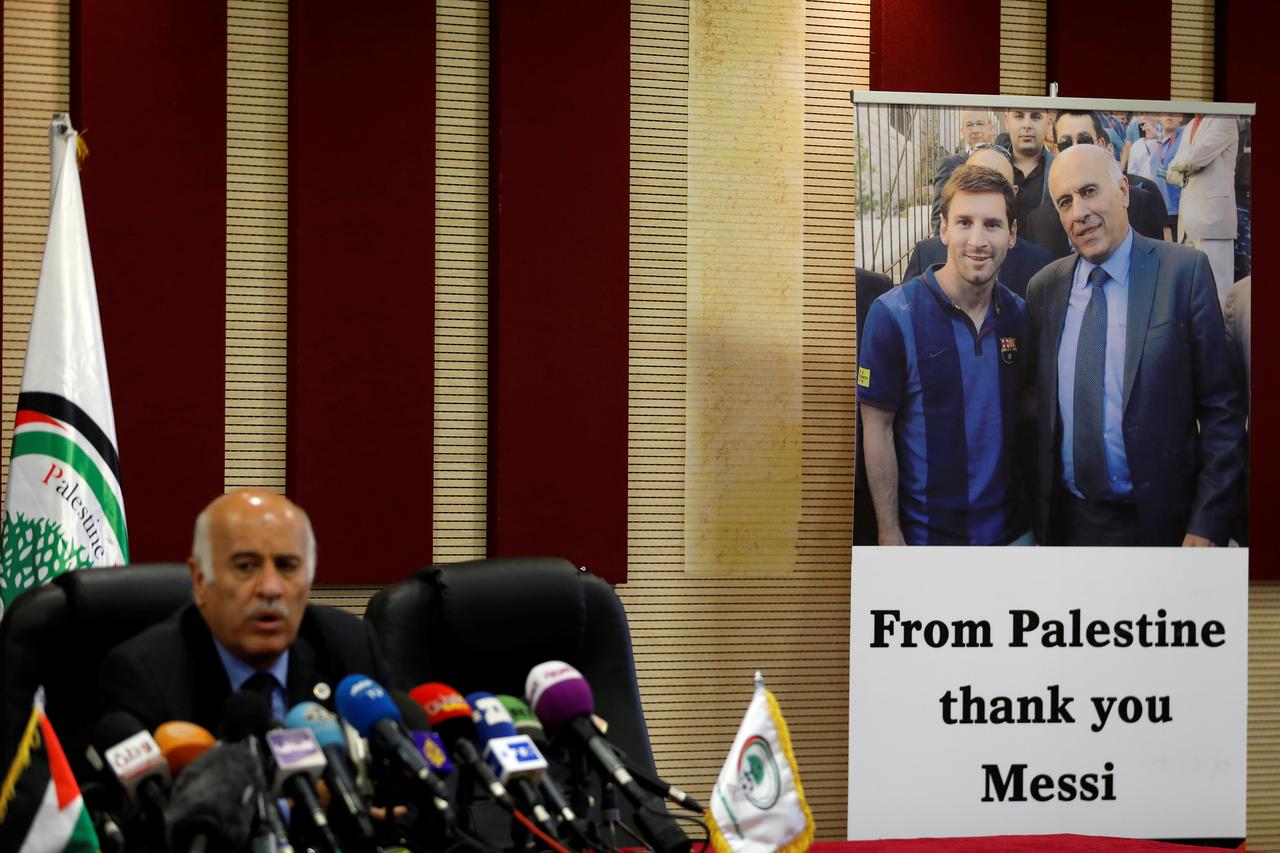 The Palestinians accused Israel of using the fixture and the participation of Barcelona ace Lionel Messi to underpin its disputed claim to Jerusalem, which U.S. President Donald Trump recognised in 2017 as Israel’s capital in a break from international consensus.

The Israeli Embassy in Argentina confirmed the cancellation on Twitter, saying it was saddened by the news following the threats directed at the players.

The embassy expressed its hope that the players would come to Israel soon.

“The threats and provocations directed at Lionel Messi, which logically aroused the solidarity of his colleagues and fear of playing the friendly, are no strangers to the daily life of Israel’s civilian population whose sporting stars, to put it simply, have been on numerous occasions the targets of violence and attacks,” the embassy wrote.

“The friendship between Argentina and Israel, which will soon celebrate its 70th anniversary, is not about a football match. The democratic country and plural state (composed of Jews, Muslims and Christians), will always eagerly await the chance to receive one of the stars of Argentine sport.”

The match at Jerusalem’s Teddy Kollek Stadium was to be Argentina’s last before they kick off their World Cup campaign in Russia on June 16.

Prime Minister Benjamin Netanyahu called Argentinian President Mauricio Macri on Tuesday night to ask him to persuade the team not to cancel their visit, but a diplomatic official said the chances of salvaging the fixture were very slim as Macri can’t force the players to come to Israel.

“Macri has some influence, but it’s their decision and they’re afraid to come in the current climate,” the official added. “Israel is still pressuring them to reverse the decision.”

In a second conversation Tuesday night, Macri told Netanyahu he had no influence on the matter.

Culture and Sports Minister Miri Regev received updated from the game’s producer, Danny Ben Naim, on the efforts to reverse the Argentinean decision.

The minister was informed that since Argentina had announced their arrival for a friendly with Israel, different terror organisation had started sending messages to the players and their family members with explicit threats, as well as images and videos of children’s bodies.

Addressing claims that the Argentinean team refused to arrive because of the decision to move the game to Jerusalem, the sports minister said: “That’s nonsense which legitimizes terror and the BDS campaign.

Unfortunately, we have trojan horses in the Knesset who supporting terror.”

President Reuven Rivlin said in response to the cancellation, “This really is a sad morning for the fans, including some of my grandchildren, but there are values that are even bigger than Messi.

“I’m very concerned in the politicisation concealed in the Argentinean move. Even in the most difficult times, we made every effort to leave considerations which were not pure sport out of the soccer fields, and it’s a shame the Argentine team failed to do it this time.”

In Gaza, people cheered and in Ramallah in the West Bank, the Palestinian Football Association issued a statement thanking Messi and his colleagues for cancelling the game.

Cristiano Ronaldo and his family jetted out in style to Paris ahead of the Ballon d’Or award ceremony tonight. The Real Madrid star is expected to win the trophy for the fifth ahead of his […]

Pep Guardiola: I might not be good enough for Premier League

Pep Guardiola has defended his Manchester City players saying if anyone is not good enough for the club then it is him. The City boss has been under intense pressure in Manchester this season as […]

Arsenal goalkeeper Petr Cech believes Jose Mourinho and Arsene Wenger share one similarity – they both despise losing. The Czech Republic stopper is one of the few players to have played under both managers following […]