The Economic and Financial Crimes Commission (EFCC) has accused HSBC Bank of laundering proceeds of corruption for over 50 Nigerians, including a serving senator. 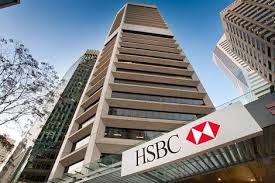 A recent report attributed to the bank predicted that if President Muhammadu Buhari wins his second term bid, it would “stunt the economy”.

Garba Shehu, senior special assistant to the president on media and publicity, had on Saturday criticised the HSBC report, also accusing the bank of money laundering, with emphasis on $100 million Abacha Loot.

In a post titled ‘The Story of HSBC’, the anti-graft agency listed similar allegations made by Shehu.

The EFCC said it will not “rest on its oars” till all the funds allegedly in possession of the bank are repatriated back to Nigeria.

“HSBC Bank plc is one of the largest banking and financial services organisations in the world. HSBC’s international network comprises around 7,500 offices in over 80 countries and territories in Europe, the Asia-Pacific region, the Americas, the Middle East and Africa,” the post read.

“Since inception, HSBC is synonymous with money laundering and has paid billions of US Dollars in fines across the world.

“In Nigeria, the bank laundered more than $100 million for the late dictator, late Gen Sani Abacha in Jersey, Paris, London, Switzerland and Geneva. The Bank is also involved with laundering proceeds of corruption for over 50 Nigerians including a Nigerian serving Senator.

“We shall not rest on our oars until every penny belonging to the FRN is repatriated to Nigeria as to improve the lives of the people.”

Minister of Communications, Adebayo Shittu, on Wednesday said the ministry would investigate claim by South African mobile telecommunication giant, MTN that it has paid 50 billion naira into government’s coffers towards a possible settlement of the […]

The ruling ZANU-PF party’s congress of Zimbabwe on Saturday, endorsed the incumbent President Robert Mugabe as its candidate for the 2018 election, which could extend his 36 years in office. Mugabe was approved by all […]