Former Aviation Minister, Femi Fani-Kayode, has reacted to the news of the Federal Government’s plan to arraign the Chief Justice of Nigeria, Walter Onnoghen before an Abuja court on Monday January 14th, over his alleged refusal to declare his assets. 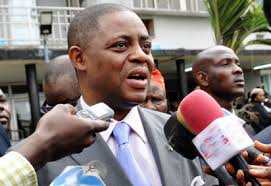 FFK says Onnoghen’s planned arraignment shows that democarcy in Nigeria is dead. He listed a number of persons that have been arrested and detained under this administration. Reacting via his Facebook page, FFK wrote

Deji Adeyanju in custody and being framed with murder.

Dino Melaye in custody and being framed with attempted murder.

Doyin Okupe in custody and being framed with corruption.

Sambo Dasuki in custody and being framed with corruption.

Ibrahim Ek Zak Zaky in custody and being framed with murder.

Nnamdi Kanu in exile and being framed with treason.

Meanwhile the Chief Justice of the Federation has been added to the list. Buhari has directed that he should vacate his seat and prepare for arraignment on criminal charges on monday.

This is all part of a well-crafted script. The bitter truth is that democracy is dead in Nigeria. If anyone thinks that Buhari intends to leave power this year or anytime in the near future they need to think again.

A new crime reporting and security management system aimed at ensuring that criminal activities were promptly reported to security agencies and other relevant government agencies, has been launched in Abuja. The initiative, which involves sending […]

North Korea proclaimed Tuesday that it had successfully tested an intercontinental ballistic missile — a watershed moment in its push to develop a nuclear weapon capable of hitting the United States. US experts said the […]