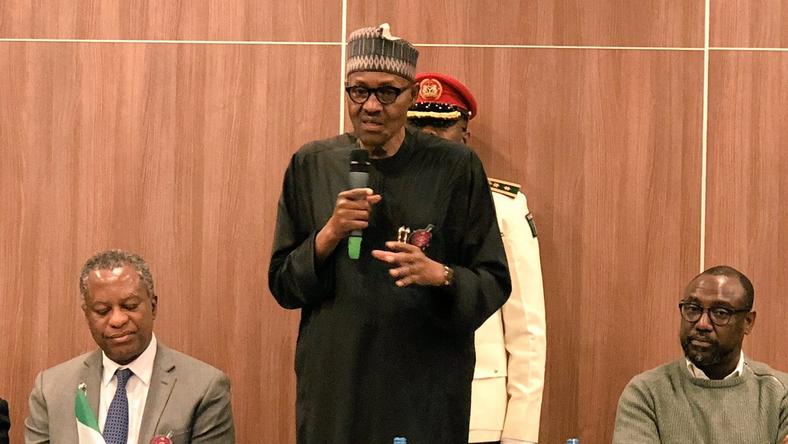 He said this in Calabar River State, when he visited the Obong of Calabar, Edidem Ekpo Okon Abasi-Otu.

He hailed the monarch for his honesty and maturity in handling major changes in the polity, especially in infrastructure, assuring him of more interventions that will impact the lives of Nigerians.

President Buhari said he was delighted at the forthrightness of the royal father in spelling out some of the development projects of his administration.

“Nigerians are our witness that things are not the same way they used to be in terms of security, economy and fight against corruption.

“I am happy His Majesty is well briefed and informed about what we have been doing and has been honest in speaking out,’” he said.

The President assured Nigerians that money saved from cutting the dependence on food import will be used for building more infrastructure that will benefit everyone in the country.

He also said the war against corruption will be fought relentlessly and all those found to have abused trust will be prosecuted.

In his remarks, the Obong of Calabar told President Buhari that Cross River had enjoyed the Federal Government’s goodwill in road constructions, appointments in government and commissioning of a naval hospital in Calabar.

“I wish to say thank you for your great works. We have been looking for the opportunity to come closer and say thank you. We wish you well.

“I have blessed you naturally for the forthcoming elections and we hope by God’s making you will get a second term and continue with your good work,” he said.

Someone like Buhari should not mediate in Gambia -Fayose

Ekiti State Governor, Mr Ayodele Fayose has said “A man like Buhari under whose government free, fair and credible elections no longer exist, lacks moral rights to preach obedience to democratic principles to anyone” describing President […]

No peace meeting until gunmen are produced – Ibadan Mogajis

The Chancery of the High Commission of India in Lagos, on Monday announced the scheduled arrival of an Indian Naval Warship, INS Tarkash, to Lagos by the end of this month. The Head of the […]