President Muhammadu Buhari says fighting corruption needs God’s guidance and prayers as he pledged to redouble his administration’s efforts toward promoting peace and prosperity, and to fight corruption to a standstill. 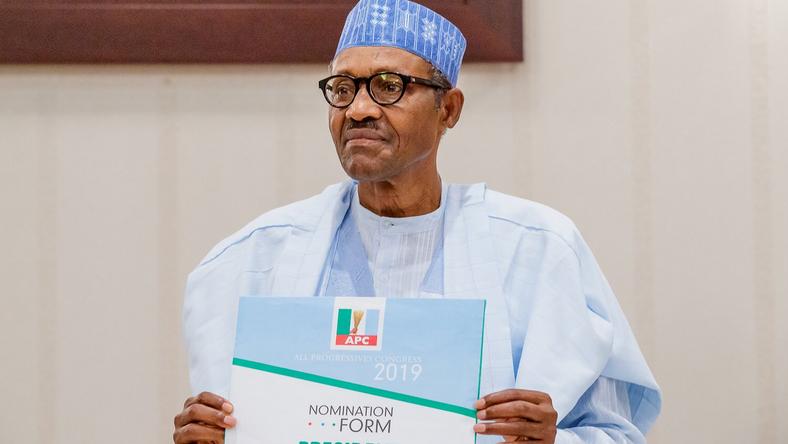 The president made the pledge when he met with members of Jigawa State Council of Traditional Rulers at the government house, Dutse.

Buhari, who spoke in Hausa language, said his first attempt to fight corruptionwhen he was Head of State was unsuccessful because corruption fought back and he ended in jail for over three years.

He, however, stated that as a civilian president he had studied the system and hence the ongoing crusade against corruption would continue to yield fruitful results as property and monies recovered from looters would be deposited into the nation’s treasury.

“When I was fighting corruption as head of state, they said I was in a hurry to wipe out corruption in the society, and I ended up in jail for over three years.

“Now, that due process is being followed in the fight against corruption they are complaining that I’m too slow.

“Before, they said I was in a haste, now they are saying I’m slow – even calling me “Baba Go Slow’’.

“You can see, governing Nigeria needs God’s guidance and payers.

“Let me assure that I will not relent in the fight against corruption and I want to use this opportunity to thank you for your continuous prayers,’’ he said.

Buhari thanked the traditional rulers for their support and prayers for the government and Nigeria, and promised that the APC-led government would continue to implement policies and programmes aimed at uplifting the standard of living of all citizens.

On agriculture, the president commended the governors of Lagos, Kebbi, Ebonyi and Jigawa states for embarking on various agricultural programmes aimed at making the country self-sufficient in food production.

He pledged that the federal government would continue to provide agricultural loans as well as inputs to farmers at lower rates to boost food production.

Earlier in his remarks, the Chairman of the Jigawa Council of Traditional Rulers and Emir of Hadejia, Alhaji Adamu Abubakar Maje, expressed satisfaction over the achievements of the Buhari administration in the last three and half years.

He pledged that members of the state traditional council would continue to pray for the government and for peace and stability in the country.

The Emir, however, enjoined the government to create more job opportunities for unemployed youths as a way of addressing social unrest in the society.

Gov. Badaru Abubakar of Jigawa, who also spoke at the event, lauded the president for making Jigawa one of the best performing states in agricultural activities in the country.

After presiding over the Federeal Executive Council meeting and hosting the national women’s basketball team who won at the AfroBasket tournament in Mali last week, President Buhari headed to his hometown Daura in Katsina State […]

The Osinbajo led presidential panel probing the allegations against suspended Secretary to the Government of the Federation, Babachir Lawal and the Director-General of the National Intelligence Agency, Ayo Oke, again yesterday ruled out soft landing […]

The controversial governor was pictured cutting kpomo and raw meat, as he prepared to fix a meal showing off his cooking skills. Would you eat Fayose’s meat and kpomo? International Chef! lol   Advertisements Related