Oshiomhole reveals how many votes Atiku will get - AdeLove.com|Best Nigerian Blog
Today's Trending...

The National Chairman of the All Progressives Congress (APC), Adams Oshiomhole, has prayed that God will give the presidential candidate of the Peoples Democratic Party (PDP), Atiku Abubakar, only 45,000 votes in the forthcoming elections. 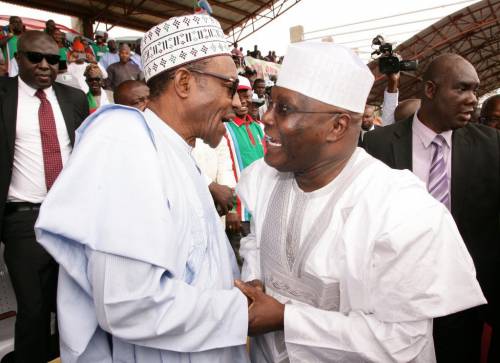 Oshiomhole stated this while speaking in Yola, capital of Adamawa State, where Atiku hails from, during his party’s presidential campaign rally on Thursday.

The APC chairman also slammed Atiku for failing to help his people while he was in power.

“Where are the Federal Government projects that Atiku helped to bring to the people of Adamawa State. He did a lot of himself but did nothing for the people. He constructed a borehole and brought it 6km to take water to his own family house, for his own use. He did not extend the water to his own neighbours,” Oshiomhole said.

The Director General of the West African Institute of Financial and Economic Management (WAIFEM), Prof. Akpan Ekpo, has advised the current government of Muhammadu Buhari not to allow the economic situation get worse to the […]

The Lagos State House of Assembly, on Monday said it may impeach Gov. Akinwunmi Ambode over alleged gross misconducts. The House also summoned Ambode to appear before it within one week over his failure to […]